Since re-opening in 1959 with a single Cub Pack of a dozen members, 10th Romsey has gone from strength to strength. This highly successful group now runs 2 Beaver Colonies, 2 Cub Packs & 2 Scout Troops and also hosts one of the Romsey District Explorer Scout Units. The group currently has a membership of over 180 and is one of the largest Scout groups in Hampshire. 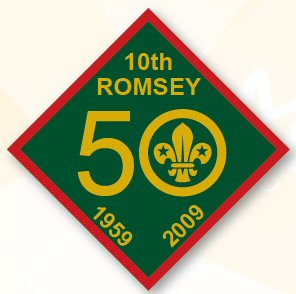 1926 The first Scout Group known as 10th Romsey formed as “Crampmoor and Highwood”, Cubs and Scouts met at “The Barn”, Woodley Cottage

1954 Membership had dropped alarmingly; Scoutmaster and the 5 remaining Scouts join up with the 1st Romsey Scout Group

1968 Alterations and refurbishment of the hut

1970 Fete at Woodley Grange; highlights are the Baby Show and Miss Woodley competition

This site uses Akismet to reduce spam. Learn how your comment data is processed.